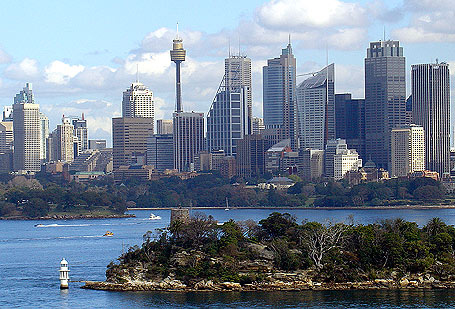 Ahh, Sydney. The stunning sand and surf. The weird and wonderful wildlife. The positively eye-popping prices.

With Sydney consistently ranked among the most expensive cities in the world, tourists on a budget might find themselves sweating even more than usual as they explore the sunny city.

With the Australian dollar at near-record highs, overseas visitors are finding it even harder.

But no worries, cash-strapped travellers: There are plenty of fabulous things to do in Sydney for free.

Waterside hikes
From the turquoise waves lapping the coastline to the sparkling harbour, much of Sydney’s beauty comes from the glittering water surrounding it. Drink in the views with a hike along the city’s waterside pathways.

One of the best harbour hikes is the 10km Spit to Manly track (yes, we know it sounds funny.) Start at Spit Bridge, reachable by a city bus, and follow the path through lush rainforest, powdery beaches, and up rocky outcrops offering panoramic views of the harbour. Stop in one of the quiet coves for a swim, and watch for the tiny fairy penguins that live here. The hike takes three to four hours and ends in the beachside suburb of Manly.

Beaches
Sydney’s beaches are world-famous for a reason. The golden sand is soft, the jewel-toned water is generally warm, and surfers can almost always find a good break somewhere.

Bondi is the best-known beach, attracting surfers, sunbathers and more than a few local eccentrics (people-watching here is highly entertaining). Just heed the lifeguards’ warnings, or you may find yourself featured on “Bondi Rescue” alongside other hapless swimmers caught in rips, stung by jellyfish or bonked in the head by surfboards.

South of Bondi is the smaller, more laid-back Bronte. Like many Sydney beaches, it features a saltwater pool for wave-wary swimmers. To the north are the surfing beaches of Dee Why, Curl Curl and the pine tree-lined Manly. A short walk from Manly is Shelly Beach, a calm bay perfect for kids and snorkelers. Bonus: Because of its west-facing position, Shelly offers a sunset view.

Harbour bridge
While it may be tempting to join the parade of jumpsuit-clad tourists climbing the Harbour Bridge, the sky-high prices (between $200 and $300 – per person) could send you plummeting back to reality.

The good news: You can still enjoy the bridge’s breathtaking views of the city skyline, Opera House and harbour for free. A walkway along the bridge allows pedestrians to wander between the north and south sides of the city in about 30 minutes.
If you’re determined to climb higher, you can scale one of the bridge’s concrete-and-granite pylons for a mere $15. You’ll get a nearly identical view as the BridgeClimb patrons and will actually have money left over for dinner at one of the city’s lovely harbourside restaurants.

Royal Botanic Gardens
This 75-acre sanctuary fringing Sydney harbour features lush tropical greenery and rainbows of flowers, ponds and water fountains, exotic birds and creepy-cute flying foxes – also known as fruit bats.
Free guided walks are offered every morning at 10:30, departing from the information counter at Palm Grove Centre in the heart of the gardens. At the edge of the gardens is a peninsula known as Mrs Macquarie’s Point, which offers the quintessential view of the Opera House with the Harbour Bridge behind it.

Art Gallery of NSW and National Maritime Museum
If you need a break from the sun, head indoors to these museums, both of which offer free admission.
Next to the Royal Botanic Gardens is the Art Gallery of New South Wales, which features a collection of Australian, Asian and European art and free guided tours. The National Maritime Museum is located at Darling Harbour, a stretch of waterfront restaurants, bars and shops.

Afterwards, take a stroll along the promenade, which always features a few street performers. There are frequent fireworks displays throughout the year, and nearly every Saturday night in the summer.