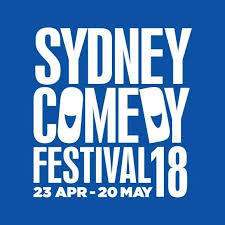 Things to do in Sydney this April

Indulge in the best of contemporary film from Spain and Latin America and the 2017 Sydney Spanish Film Festival. Choose from an impressive selection of dramas, romances and thrillers. Screenings run throughout April until the 17th of May at Palace Norton Street, Palace Verona and Chauvel Cinemas.  https://www.spanishfilmfestival.com/

From the 24th of April, theatres across Sydney will see comedians from around the world delivering their witty skits and laughs all around. You will find the likes of Alan Tsibulya and well as Australian talent such as Joel Creasy. Don’t miss out! http://www.sydneycomedyfest.com.au/

Hailed “ London’s best musical”- The Bodyguard Musical brings one of the most iconic love stories to the stage. See this one with your sister, best friend or boyfriend/husband and prepare for an exhilarating and emotional ride. The Bodyguard Musical will be showing at the Sydney Lyrical Theatre from the 20th of April.

Experience the Book of Mormon

One of the most anticipated shows to come to Sydney this year, The Book of Mormon simply cannot be missed. Expect first-class vocals, choreography, and countless laughs that are sure to leave you giggling for days one end. A musical as brilliant as it can get and an absolute must-see!

Diamonds are everybody’s best friend at this exhibition of super-glam Parisian jewelry.

Ever since Marilyn Monroe exclaimed “Cartier!” in the 1953 movie musical Gentleman Prefer Blondes – well, since far before then – French luxury jeweller Cartier has been synonymous with glitzy sophistication.

There are few brands that conjure up quite the same sense of glamour, and this exhibition traces the evolution of that style across the 20th century, starting with pieces worn by the likes of Australian opera star Dame Nellie Melba, who was a client of Cartier at the turn of the century.

The exhibition features more than 300 extraordinarily intricate pieces for you to get up close and personal with, worn by royals, movie stars and fashion icons alike. You’ll even be able to catch a close glimpse at some spectacular jewellery from Her Majesty Queen Elizabeth’s Royal collection, including the Halo Tiara that she lent to Kate Middleton for her wedding to Prince William. The tiara has travelled all the way from London to Canberra for this NGA Australian exclusive. http://bookofmormonmusical.com.au/

When you think power couples, you think Beyoncé and Jay-Z. Kim and Kanye. Maybe Rihanna and Drake (well, in Drake’s dreams). Get ready to add Antony and Cleopatra to your list. This was a love for the ages, and Shakespeare turned the dramatic excess of the couple up to 100: in his play their love is passionate, tumultuous, and all-consuming.

Ever since Mark Antony fell for Queen Cleo, he’s been neglecting his high-ranking soldierly duties, and it’s not long before he’s torn between love and duty. Expect a lot of fighting, a little comedy, and a healthy share of romance. Plus, Cleopatra is one of the more complex women in the Shakespearean canon – there’s no swooning here – and Bell Shakespeare artistic director Peter Evans, at the helm of this production, has gender-swapped a few of the supporting roles to give more women stage time, which will balance out the abundance of machismo that can overwhelm the play.

The Lady and the unicorn

The French tapestry series, one of the greatest surviving works of medieval art, makes a rare trip to Australia

Exquisite in beauty and craftsmanship, mysterious in origin, and inspirational to writers, poets, and musicians over the ages, the six 15th-century tapestries in the ‘Lady and the Unicorn’ series have been called the “Mona Lisa of the Middle Ages”.

They are usually found at the Musée de Cluny – Musée national du Moyen Âge (the National Museum of the Middle Ages) in Paris, where they are a huge drawcard for visitors (and underwent extensive restoration in 2013). Their trip to Sydney will be the third time they have ever travelled, following a trip to New York in 1973-74, and to Japan in 2013.

Each of the six tapestries in the series features a slender blond woman with a unicorn on one side and a lion on the other, against intricate backgrounds that feature plants, animals, and symbols. Five of the panels represent the senses (taste, sight, scent, touch, and hearing), with a sixth, titled ‘My Sole Desire’, thought to represent understanding. Seen together, the works span approximately 20 metres in length.

It’s not known who created the tapestries, or whether the lady they depict has a real-life counterpart, but it’s thought that they were commissioned by the Le Viste family (whose coat of arms appears throughout the works) in the late 1400s.

Director of the Musée de Cluny, Elisabeth Taburet-Delahaye, says of the series: “It seduces us by the beauty and balance of its compositions; by the intimate and secret atmosphere that is created, and by the joyful harmony of the flowers strewn on their red grounds. The six tapestries also intrigue us, with their silent scenes played out by female figures and the presence of a mysterious unicorn watched by a debonair lion.”

Mamma Mia! is the jukebox musical to end all jukebox musicals. It’s one of the most commercially successful pieces of entertainment of all time, having grossed US$2 billion since its 1999 West End premiere. To put that in perspective, only three movies have ever grossed more (sorry Harry Potter, you just haven’t got the pull of Benny and Björn). It spawned the 2008 Meryl Streep-led film, which earned a sweet $600 million, and a movie sequel called Mamma Mia! Here We Go Again is due to be released in July. http://www.mammamiathemusical.com.au/